What You Need To Know About Uncleared Margin Rules (UMR)

Regulation around UMR came about as a response to the financial crisis of 2008-2009. One of the reforms that was recommended was the implementation of margin requirements for non-centrally cleared derivatives. The in-scope OTC derivatives include FX options, NDFs, physical FX forwards, swaptions and hedging trades.

The initial implementation of Variation Margin (VM) requirements was implemented in 2017, while Initial Margin (IM) requirements continue to be phased in until 2021. The new IM rules that are to be put into effect in 2020 and 2021 affect primarily smaller financial organizations, including buy-side participants. Note that UMR has been phased in since September 2016 in the US and March 2017 for remaining market participants.

The upcoming Phases will affect smaller insurance/banking groups and asset managers, who naturally have less experience with the new rule requirements and likely, fewer resources to help with implementation.

Unlike variation margin, which is based on the market value of trades, initial margin is a risk-based calculation. VM also happens to be a mature concept for most firms; IM, though, is new for most institutional investors because it includes custodians in addition to the trading parties.

The phased thresholds for UMR means that, with each Phase, more and more In-Scope Counterparties will be affected and has been the source of some consternation among market participants.

In addition to the notional thresholds, IM is required to be posted between counterparties where there is a consolidated threshold of $50mn USD or $50mn EUR. Thus, if the IM threshold is less than $50mn, no IM needs to be exchanged. 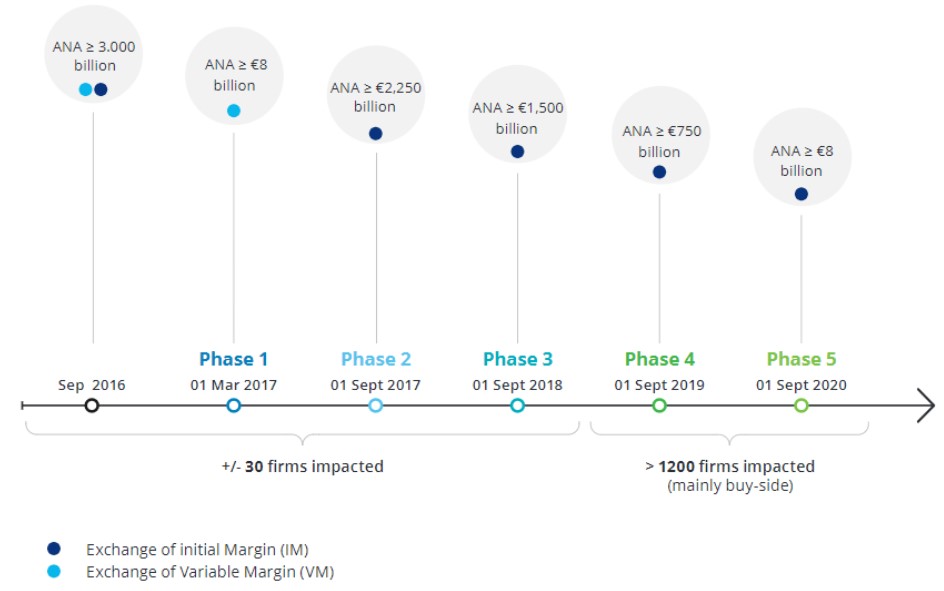 There are four main challenges for market participants when it comes to compliance with UMR: 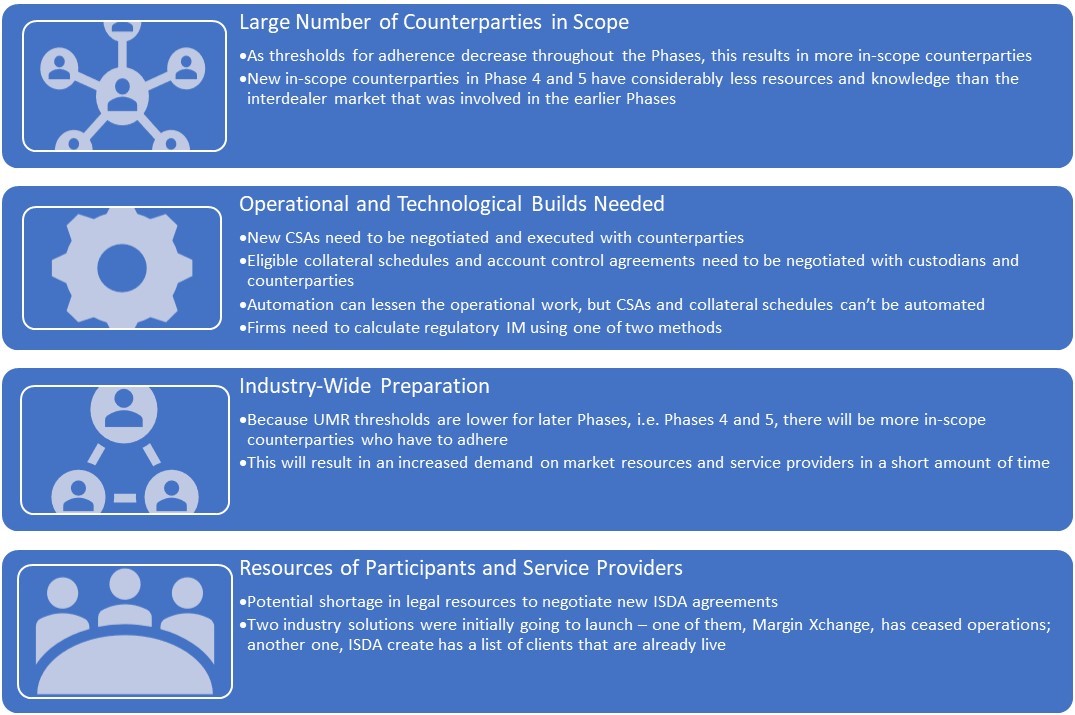 The IM rules consist of the following tasks that need to be completed by a market participant:

Because of this daunting list (many of which are operationally intensive), many participants have sought to outsource their adherence to the new guidelines.

But market solutions have been scarce; there are few all-in-one solutions; rather, a few vendors have capabilities in different facets of UMR 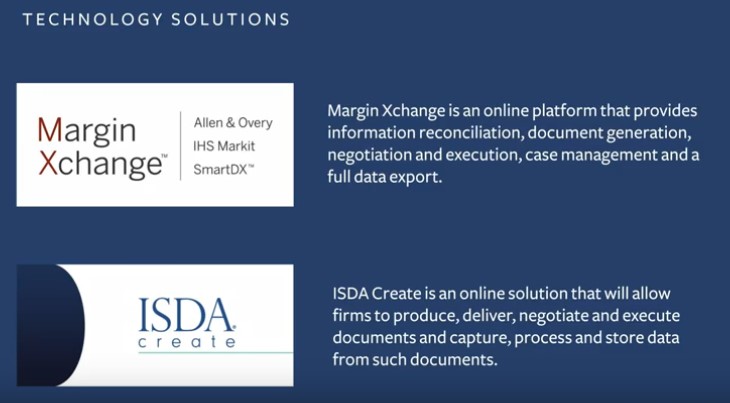 Here’s a list of what a ‘typical’ hedge fund needs to do:

Calculation of IM is one of the more cumbersome requirements of the new rules. There are certain vendors who are licensed ISDA initial margin calculation service providers and can help with calculations.

Initial Margin (IM) has to be calculated via one of two methods : the grid method or the SIMM method.

Unfortunately, there is no clear preferred method in that both methods are operationally burdensome. Each method has its pros and cons, which will require each market participant to perform a cost benefit analysis.

Here we will list out some key points for each method.

If you are facing any of these issues in complying with the UMR rules, please reach out to FinServ. Throughout our 15 years of existence, we have proven that our deep industry knowledge combined with our project management and overall best practice methodologies can be an asset to your organization. To further continue the conversation or to discuss more of FinServ’s capabilities, please contact FinServ at info@finservconsulting.com or give us a call at (646) 603-3799.