Artificial Intelligence – The Next Internet

Today, the term Artificial Intelligence (AI) has gone main stream and has become the focus for the next stage of technological evolution. In 1996, Bill Gates said about the Internet:

“The Internet is a revolution in communications that will change the world significantly. The Internet opens a whole new way to communicate with your friends and find and share information of all types. Microsoft is betting that the Internet will continue to grow in popularity until it is as mainstream as the telephone is today.” –Bill Gates (Time, 16 September 1996).

This sounds awfully familiar to how AI is being described today as to how it will reshape our lives. In the Business.com article “3 Reasons Why AI is Beneficial to Business“, AI is described as:

“Artificial intelligence (AI) is regarded as one of the most impactful technologies in the word today. It is transforming the way the world works by spurring innovation in every sphere of the planet. There are many advantages of AI, from the capability of making any function work faster to improving how the world runs.”

Much like how the Internet was described in its genesis, AI is being described in a similar grandiose fashion where I am not being told anything specific in terms of benefits nor am I being told of the practical usage of AI. For example, how is AI going to exactly make me and my clients work more effectively? Specifically, how will this make the HR space function more efficiently? How can HR utilize AI to add value to their work and to their firm?

To identify the areas where AI can help HR immediately, it helps to think small. Find smaller ways to improve your work processes that you can implement with minimal change. Changes that affect multiple groups and the whole organization will run into stiff cultural resistance and incur greater risk. For example, AI has been a trending topic recently in how it can improve the Recruiting process from scheduling to follow ups to candidate interaction.  However, we have seen that Recruiting processes can be difficult to change due to ingrained processes, legacy systems, multiple internal and external involved parties, etc. Furthermore, if AI is not implemented correctly for Recruiting, it can potentially lead to employment law violations.

In a notable misstep for AI, Amazon recently disclosed that they abandoned an internal effort to have AI review and process candidate resumes as the AI learned gender bias and showed preference toward male resumes. Reuters reported that:

Effective AI should be thought of as an “add-on” that can enhance your work by taking on mundane tasks, guiding you through tasks, offering advanced data analysis to complement your work, etc. We have selected 3 areas where an AI “add-on” can have a big impact to HR and be implemented quickly.

Chances are that you have already encountered many of these Chatbots on your daily websites from shopping sites to your utility provider’s site. The Chatbot AI prompts you to ask questions which they then answer without an actual representative interacting with you. Well, this is coming to the workplace as well and HR is in a prime position to benefit.

On the popular collaboration and messaging app, Slack, the add-on, Niles, can listen and learn from your questions. For example, you can ask Niles, how much would it cost to switch from the Low to High Medical plans or how many vacation days can I carry over? Niles can answer these questions freeing up your time for more complex tasks. And what if Niles does not know the answer? Well, you would have to give Niles the right answer and Niles would learn from this. 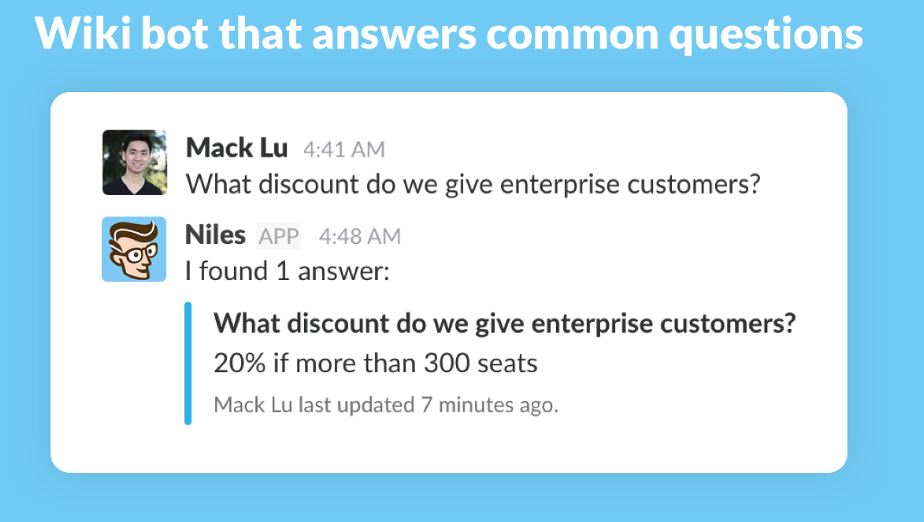 As more and more HR departments implement HCM systems, there comes a learning curve to learn how to use the system. For the most part, users have been trained through on-site sessions and user guides. But how much knowledge does the user really retain after the training is complete – not enough to complete the task seamlessly. User guides have issues as well in terms of finding and using the correct guide and their overall static nature. You can always ask your HRIS Administrator for help but that depends on if they are available and it may take time away from their other tasks as well. AI in System Training is designed to overlay on top of the system for a seamless experience and interact with you as you do your task. This on-screen experience is on demand and contextual.

WalkMe, a digital adoption platform, offers AI training that sits on top of the Workday UI. It can guide you step by step to complete your tasks and this becomes really powerful when taking the context into account. For example, you are no longer following just the steps to transfer an employee from the New York office to the London office. WalkMe would recognize the context that you are performing the office move task in – the employee is transferring, not just moving. You could be prompted to perform related tasks such as updating a home address, converting salary to the local UK salary or updating the retirement benefits. And if you have never done these steps or forgot how to do them? WalkMe has got you covered.. 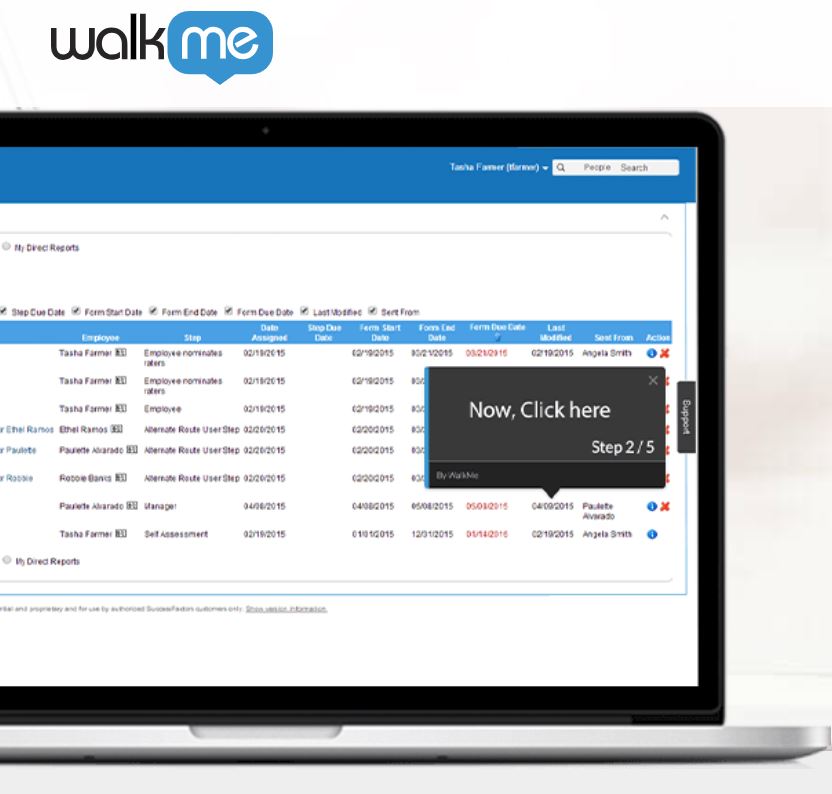 When employees leave, it causes strain on the organization’s employees and the organization itself. Employee morale can suffer. The organization can encounter the adverse effects from lost industry and institutional knowledge and the necessity to kick off recruiting a replacement. Recruiting itself is arduous and time consuming and there is no guarantee that the replacement is a good fit for the organization. But what if you could  potentially prevent this or at least be prepared when someone inevitably leaves? AI can scan and analyze employee behavior and cues and identify those at risk for leaving. With this knowledge, potential issues can addressed before they become issues and the transition plan becomes a proactive exercise rather than a reactive exercise.

Veriato, a user behavior analytics and employee monitoring software company, offers AI platforms designed to identify employees that may be leaving. By tracking the employee’s behavior from their computer activity, tone in emails, keystrokes, internet browsing, etc., a baseline is created for that employee. The AI can monitor and detect deviations to the baseline that would indicate if an employee might be leaving. For example, the AI may detect a change in tone to a negative tone regarding the company in emails or disengagement from work through reduced work activity.

AI is being touted as the next great solution much like the Internet was in its early days. To take advantage of AI now, start small and practical. Small improvements can be implemented quickly with less organizational resistance and risk. The benefits of AI will be realized quicker and will help you present tangible benefits as supporting arguments for implementing AI with a larger organizational impact. FinServ has helped many of our clients evaluate their current processes, implement process efficiencies and select technology that best fits the organization. For help in evaluating where AI can benefit you and implementing it, contact FinServ at info@finservconsulting.com or give us a call at (646) 603-3799.